The Ring of Twelve. I think David may be one of our First TACP authors. I know of a few ALO books but cannot remember one from a ROMAD (Let me know if you remember one and I'll update this post).

The TACP School has now formally moved to Joint Base Lackland Texas. Latest news can be found at: http://www.jbsa.af.mil/news/story.asp?id=123446010.

Information on our Prep, Apprentice, Craftsman and Airborne courses can be found at: https://etca.randolph.af.mil/default1.asp. Click AETC, then type TACP in keyword search. A list of our courses will populate with amplifying information such as course pre-requisites, reporting instructions, rental car authorization process, uniform requirements, etc. We see a variety of students come through our courses ranging from prior service, guard, first term Airmen, officers and cross-trainees.

Yes, because alot of Hollywood films suck some of our vets are making a movie

Our Brother Richard "Gus" Gustafson passed away yesterday (14 May 2015). He will be missed. . Fundly Page is here 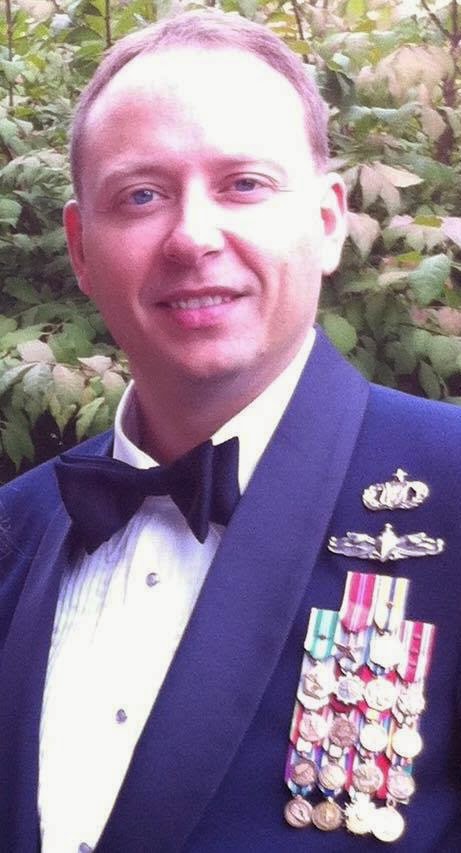 Richard The effects of combat are felt long after the battle is over. For some, it's the start of a personal war. Gus was taken by his own enemy on May 14, 2015. He leaves behind a devastated family and loyal teammates

The effects of combat are felt long after the battle is over. For some, it's the start of a personal war. Gus was taken by his own enemy on May 14, 2015. He leaves behind a devastated family and loyal teammates

Air Force times: A Tactical Air Control Party airman at Eielson Air Force Base, Alaska, was found dead at his home Thursday, a base news release said. Master Sgt. Richard Gustafson, who was assigned to the 354th Fighter Wing, had served as a TACP airman since joining the Air Force in July 2002, the news release said. Before that, he was a small boat operator in the Navy for five years. The Air Force Office of Special Investigations is looking into his death. Gustafson's military awards and decorations include the Bronze Star, Army Commendation Medal, Air Force Commendation Medal, Army Achievement Medal and Air Force Achievement Medal, the news release said. "We're all saddened by the sudden loss of this decorated warfighter," Col. Michael Winkler, commander of the 354th Fighter Wing, said in the news release. "Our thoughts and prayers are with the Gustafson family."

Obit: Msgt Richard “Rick” “Gus” Gustafson, passed away May 14, 2015 at Eielson Air Force Base in Alaska. He was born September 2, 1971 in Rockford, IL to Leon and Wanda Gustafson. He married Christine Lois Laffan on April 27, 1999 in Las Vegas, NV. Msgt Gustafson is survived by his Wife Christine Gustafson, Children: Megan Nicks of Eielson Air Force Base, Nate Gustafson of Medford, WI, Mathew and Andrew Gustafson both Eielson Air Force Base, Parents: Leon and Wanda Gustafson of Medford, WI, Brothers: Doug (Mary) Gustafson of Tomahawk, WI and Cory Gustafson of Greenwood, WI. Msgt Gustafson began his military career in May 1989, when he enlisted in the Navy as an undesignated seaman, attending boot camp at Recruit Training Command, Great Lakes, Illinois. After graduation, his first assignment was to the U.S.S. San Diego ported in Norfolk, Virginia, where he became Quartermaster in the ships navigation department. His experiences provided the basis for one of Gus's future catch phrases: “Before there was GPS there was GUS.” During his time aboard the U.S.S. San Diego, he deployed in support of Combined Joint Task Force 63, compromised of US Navy, US Marine Corps and NATO Forces throughout Europe, North Africa, and the Middle East. In 1990 he deployed in support of Operation Desert Shield, and was reassigned to the US Navy Beach Masters during Operation Desert Storm, placing him in tactical control of coordinating the flow of amphibious landing craft and assets during the first Gulf War. Rather than returning home after Iraq's surrender, he was rerouted to Northern Iraq for Operation Provide Comfort. Prior to his honorable discharge from the Navy in December 1993, he received the coveted Enlisted Surface Warfare Pin. After leaving active duty, Msgt Gustafson spent nearly a decade working for Badger State Western hauling cargo from Wisconsin to California. After the attacks of September 11, 2001, Msgt Gustafson chose to return to active duty, joining the Air Force. He enlisted as a Tactical Air Control Party (TACP) member in July 2002. Msgt Gustafson received intense training in special tactics, weapon systems, communications, survival, and two man team operations as a Forward Air Controller. Msgt Gustafson spent his career embedded with the US Army Special Forces, US Army Rangers, 10th Mountain Division, 82nd Airborne Division, 101st Airborne Division, 25th Infantry Division, and 3rd Infantry Division. Msgt Gustafsons primary duties were to recon, mark and destroy enemy forces, and direct aircraft and artillery fire while operating from austere locations. Combat injuries ended his ability to continue TACP duties and he was reassigned to the 354th Fighter Wing Inspector Generals Office as the Chief of Wing Inspections. During this time he qualified for the Air Force Wounded Warrior Team. In January 2015, he was teamed with his service dog Dooley, named in honor of 1LT Mark H. Dooley (KIA, Iraq, 19 SEP 05). His close friend and founder of the Shepherds for Lost Sheep Program brought Dooley out of retirement, pairing him with Msgt Gustafson, where they bonded instantly. Among numerous awards and decorations, Msgt Gustafson received the Bronze Star, US Air Force and US Army Commendations, US Air Force, US Army, and US Navy Achievements. He also received citations of Valor from the US Air Force and US Army. Funeral Services for Msgt Gustafson will be held at 11:00 AM, Wednesday May 27, 2015 at The Simek Recreation Center, 1037 W. Broadway Avenue, Medford, WI, with Chaplin Mark McGregor officiating. Burial will follow in Medford Evergreen Cemetery II. Visitation will be held from 4:00 – 7:00 PM Tuesday May 26, 2015 at Hemer Funeral Home, 555 W. Cedar Street, Medford, WI. A prayer service will be held prior to the visitation beginning at 3:30 PM. In lieu of flowers, memorial donations in honor of Msgt Gustafson may be made to Shepherds for Lost Sheep, TACP Association, and Air Force Wounded Warriors. Online condolences may be left at www.hemerfuneralservices.com