LtCol (Ret) Dan Drejza, Former 25th ASOS Commander at Wheeler AAF Hawaii will be interned at the Arlington National Cemetery on 13 November 2013 at 0900 hrs (EST). Starting location will be the administration building. All attendees are to meet there NLT 0830 so that all vehicles can enter the cemetery at the same time.

Link to the Obit: http://www.legacy.com/obituaries/uticaod/obituary.aspx?pid=165310304.

Ben Hatch is one of the POCs. If you have questions please notify him benjamin.hatch on the yahoo dot com email network. 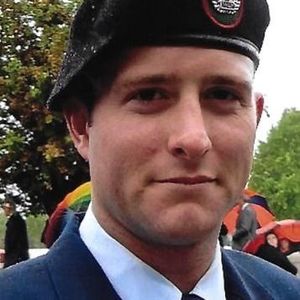 Brett ett Carnathan, 32, S/Sgt. United States Air Force, originally of Rockland and residing in El Paso, Texas, passed away on Sunday, October 27th. Brett graduated from Rockland High School in 2000. Brett was very active in Rockland sports. He played football, basketball and track. After graduation Brett attended Johnson and Wales University in Providence, RI, after two years at Johnson & Wales Brett joined the Air Force in February 2003. After basic training he went into the TACP career field. He served in Iraqi Freedom and Operation Enduring Freedom in Afghanistan. He has been awarded the Air Force Commendation medal, the Army Commendation medal, the Air Force Achievement medal, the Army Achievement medal, the Combat Action Badge, the Air Force Combat Action medal and the Army Combat Action badge. Brett was a very avid and enthusiastic Boston sports fan. He loved the Red Sox, Patriots, Bruins and Celtics equally. He also enjoyed watching college sports. Brett enjoyed life to the fullest and his smile brought joy into the lives of everyone he knew. Brett is survived by his wife, Amber(Hernandez) and two children, Mia and Tayten of Texas. They are expecting a daughter, Parker Lynn in January. His parents Mark and Carole Ann (Oriola) of Rockland, his twin brother Phil and wife Alex of Florida, his brother Greg and his brother Sean of Rockland and many nieces, nephews, aunts, uncles and cousins. His Mother and Father in law, Anne and Jay Ray of Texas, his Father in law, Ivan Hernandez of Texas and also sister and brother in laws of Texas. The family welcomes friends and loved ones to celebrate Brett's life at the Magoun-Biggins Funeral Home, 135 Union St. Rockland on Wednesday, November 6, 2013 from 5-8 PM. A Funeral Service will be celebrated in The South Shore Baptist Church 578 Main St Hingham MA on Thursday at 11:00 AM. Burial with Military Honors will follow at the Spring Lake Cemetery in Rockland. Cemetery. Donations may be made to the Brett Carnathan Family Benefit Fund care of Rockland Trust. Donations may be made at any branch, the American Cancer Society, the Alzheimer's Association and the Boston Red Sox Foundation.

Greetings all Elves or Wanna-bes. Its that time again where we need to pull together and get boxes shipped to all the guys in theater. Please send me an email with Elf Volunteer as the subject and I will add you to the listing. The Chiefs are going to get me the current listing and we should be able to kick off by next week some time.

Thanks in advance for your assistance.
Charlie Heidal
Chief Elf
Charlie @ romad.com

We lost a brother, Kim Allen. One of the greats of the careerfield. He Was awarded the Silver Star for Operations in Cambodia. Passed on due to Heart Attack. Say a prayer for our fallen friend.

Kim, One of the greats of the careerfield has passed away. Awarded the Silver Star for operations in Cambodia he passed due to a heart attack.