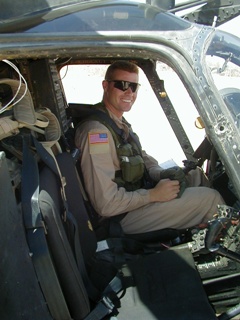 Dennis was a former ranger ETAC and Pararescueman CW2 Dennis Hay was killed in action on 29 september. He was killed while piloting a oh-58. He was shot once in the neck by small arms fire. The co-pilot was also wounded. Despite his injury dennis was able to help the co-pilot land the 58. The co-pilot survived his wounds. Dennis was an outstanding pilot, he was pilot in command rated and was a graduate of the instructor course. Dennis was selected for TF160 and was going to PCS when he returned from this deployment.

Laughin Air Force Base dedicates a Gym to Raymond Losano