Raymond 24, of Del Rio, Texas, died of wounds received April 25 while supporting Operation Enduring Freedom. Losano was a tactical air command and control specialist assigned to the 14th Air Support Operation Squadron, Pope Air Force Base, N.C.
A1C Raymond Losano was in the 14th ASOS from Fort Bragg, N.C., and deployed to Afghanistan with the 82nd Airborne in March 2003. Airman Losano's unit was ambushed April 25, 2003. He was one of two service members mortally wounded in the attack. Before Airman Losano took his last breath, he called in the air strike that saved the rest of his company. He is survived by his wife and two children. 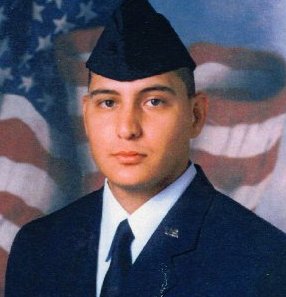 (Pages from the Funeral program) 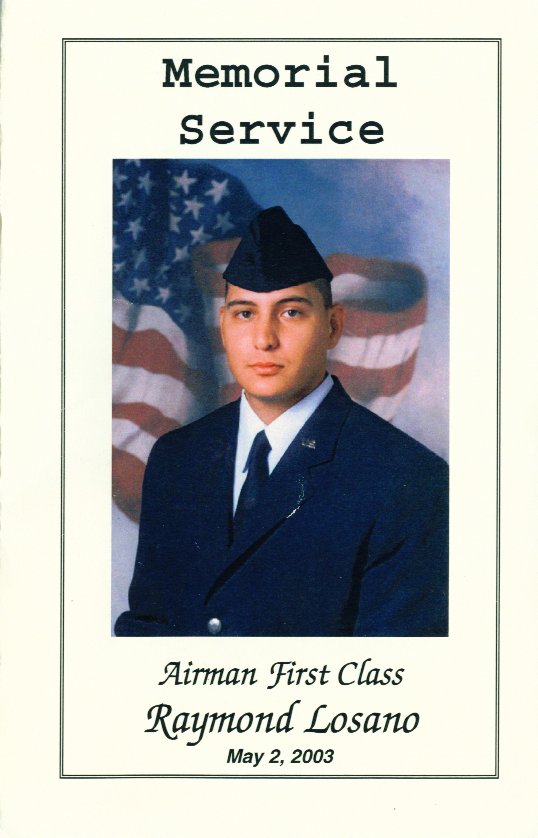 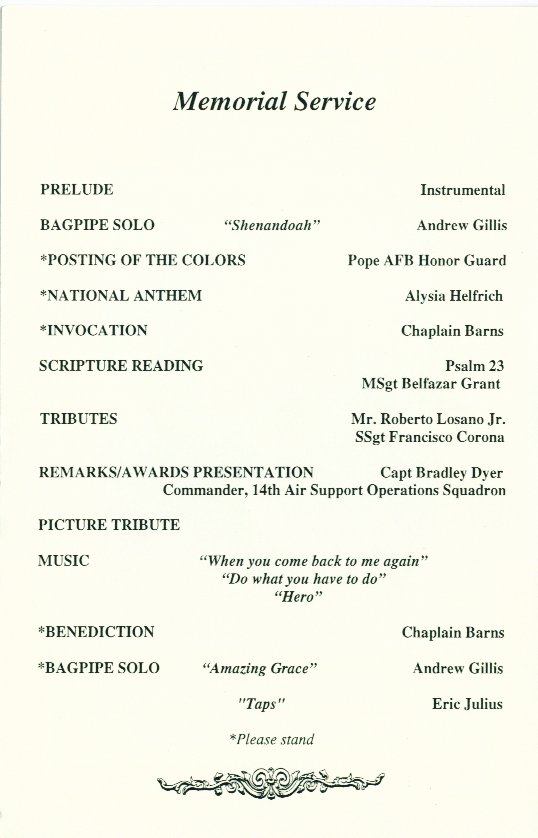 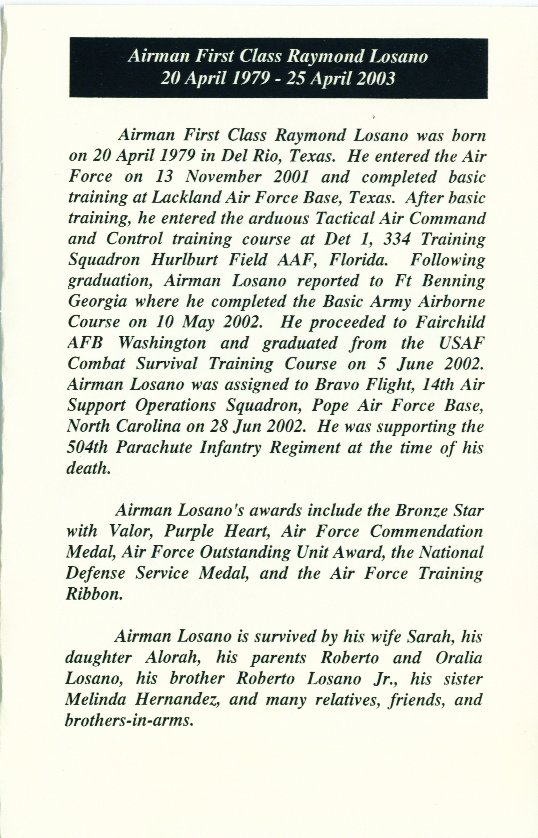 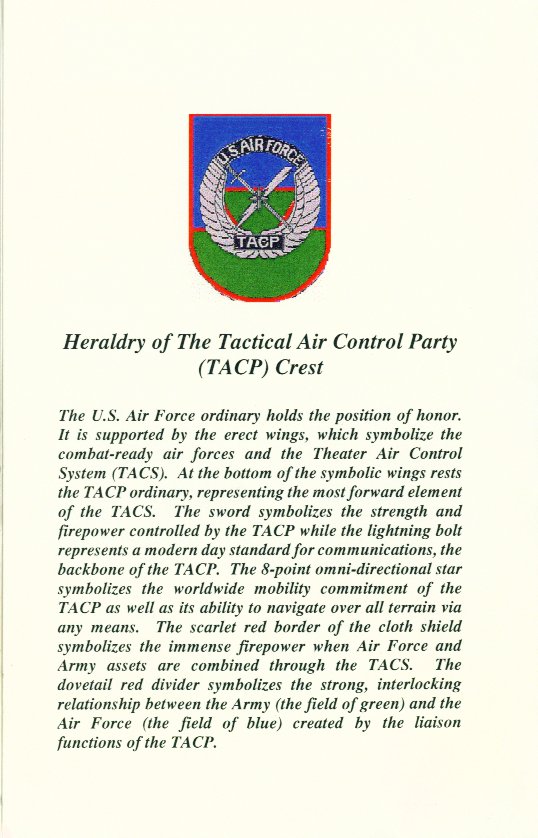 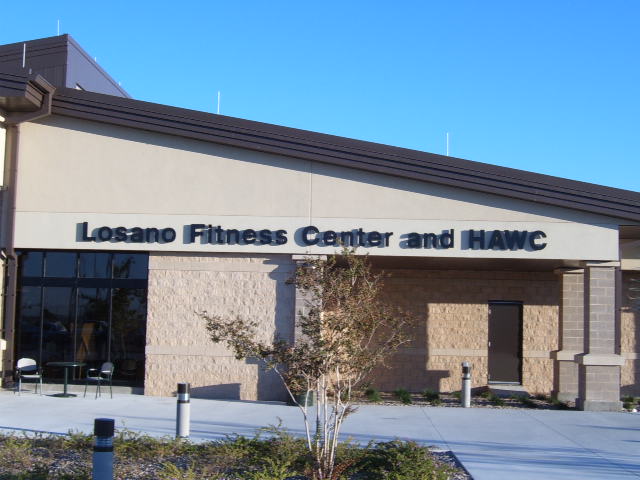 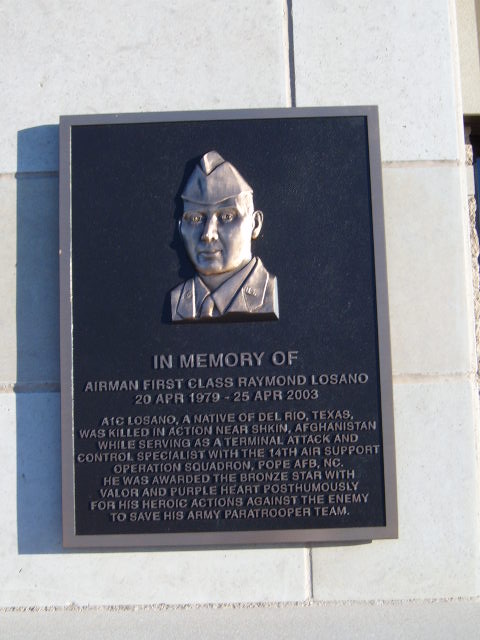 Brothers attending the funeral at Arlington 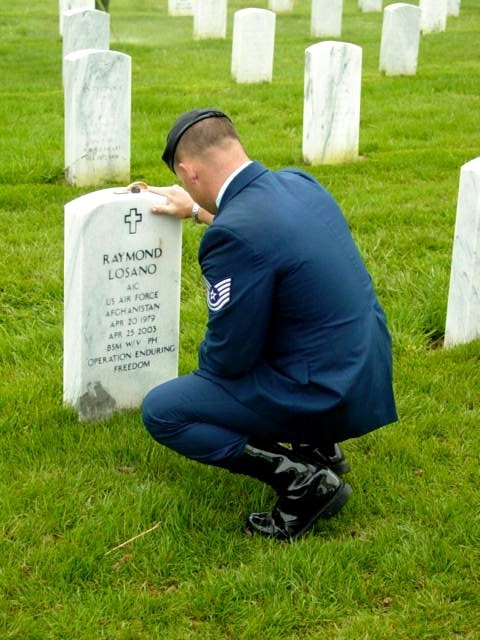 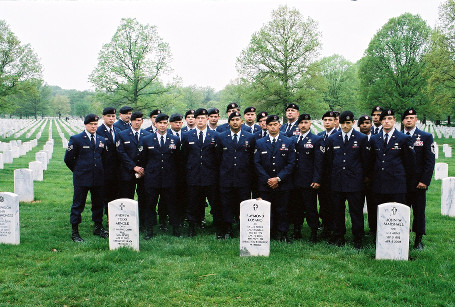 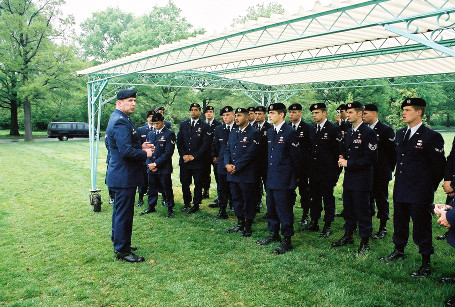