BAGRAM AIR BASE, Afghanistan — Many F-16 pilots have seen combat in Afghanistan. Few have seen it from Capt. Joe Locke’s perspective.

He’s seen it from a ridgeline, positioned beside a scout sniper team. He’s seen it from inside Coalition Task Force Mountain’s air support operations center, where he helped coordinate air strikes for the opening days of Operation Anaconda. And he’s seen it in the eyes of young airmen and soldiers, who battle rugged terrain, inclement weather and Taliban fighters sworn to fight to the death.

The view from the ground is a lot different, according to this fighter pilot of seven years.

"I never imagined I’d be in Afghanistan, as opposed to flying over it," said Locke, a member of the 18th Air Support Operations Group, 18th Airborne Corps. "The chow’s pretty good. Living accommodations aren’t that great. You get used to not taking a shower every day and not having the cleanest clothes on the planet. But we’re getting the job done. It’s not that big of a deal."

Locke is 11 months into a two-year tour as an air liaison officer. It’s his job to coordinate air strikes with Army infantry commanders at the battalion and regimental level. From the operations center, Locke receives requests from enlisted tactical air controllers — airmen attached to infantry units — and he determines the best available airplane to achieve the ETAC’s desired effect.

But Locke’s time hasn’t been confined to operations centers and strategic planning sessions.

A few days into Operation Anaconda, an ETAC fell prey to the high ops tempo and austere conditions here. There were no ETACs to replace him. The airmen had become quite a popular commodity, as every company commander wanted and needed someone who could call in air support.

The captain said he was left with two choices: sit by as a Canadian light infantry unit continued its mission, unable to call in air support, or get his gear and get in the fight.

"Before I knew it, I was snapping my gear and heading out," Locke said.

The pilot spent five days with the grunts in the embattled Shah-e-Kot valley. There he took position beside a scout sniper team. Together, they covered four coalition infantry companies on both sides of the ridgeline — an area of roughly nine square kilometers.

On the mission’s second day, an American infantry company engaged the enemy as it came upon and cleared a defensive fighting position. Locke said he had F-18 Hornets and AV-8B Harriers overhead, but troops were too close.

So instead, he sat at the ready and watched the U.S. troops as they fought their way out of it.

"Turns out they didn’t need me that time, but I was there just in case," he said with a smile.

Though he didn’t have to call in any air support on his patrol, Locke said the mission was of great personal and professional importance. In addition to embracing the chance "to be a player down here," Locke said the unique opportunity to see caves and fighting positions firsthand has proved very beneficial.

"We’ve heard all kinds of reports — pilots say they nailed a target, then ground forces say the enemy is shooting at them again," Locke said. "Now I know why."

The reason, Locke said, is the enemy is digging spider holes into solid rock. It presents a small, and heavily fortified, target to hit.

Locke said one such position even had four rooms and multiple fighting positions. Inside were grenades, rocket-propelled grenades, a recoilless rifle and machine guns. "It was a very defendable position, you could say."

Its location wasn’t bad, either. Locke described it as the "perfect spot. From there you could control the entire valley."

The F-16CJ pilot said he is confident the position wasn’t built for Anaconda. He believes it had been there over time, perhaps since the war with the Soviet Union, and "probably was blown up and built again."

But seeing the design up close gave him perspective of how best to destroy such positions.

How will he do that? "I know their secrets. I’m not going to reveal mine," he said with a grin. 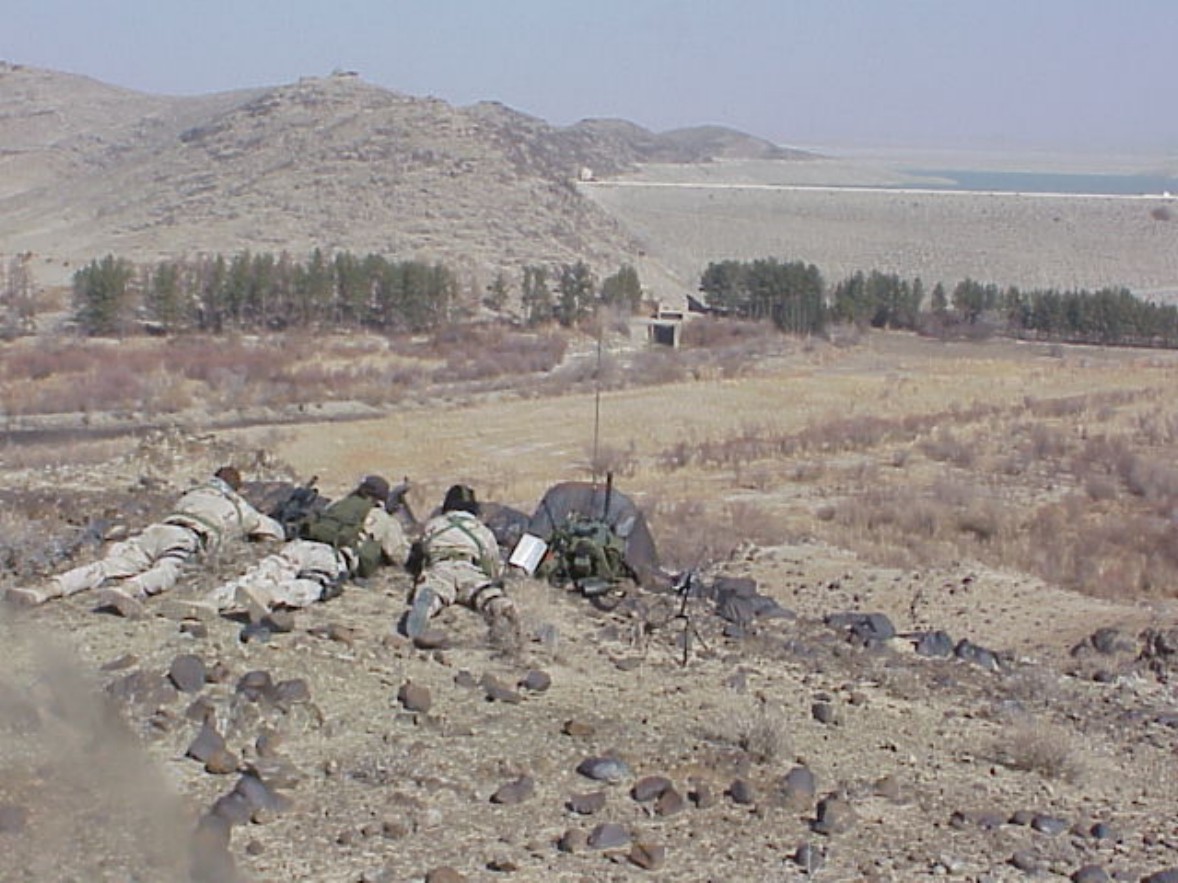