CAMP CASEY, South Korea (AFNS) -- When bomb-laden Air Force jets roar into the smoke and confusion of the combat arena to provide close air support to friendly forces, everyone knows it is the pilots who have their fingers on the trigger.

But what many people don't realize, is that the "sights" and "safety" of the pilot's awesome weapon is usually in the hands of another Air Force person hidden somewhere on the ground below -- an enlisted terminal attack controller.

A large cadre of these ETACs, and apprentices called tactical air command and control specialists, are assigned to three detachments belonging to Osan's 604th Air Support Operations Squadron, a geographically separated unit which operates out of the U.S. Army's Camp Red Cloud, 25 miles northeast of Seoul. Even further removed from routine Air Force life than their host squadron, the three Air Force detachments are scattered amongst the Army installations of Camp Casey, Camp Stanley and Camp Humphreys.

Operating location "A," or OL-A, at Camp Casey, is the most forward deployed combat unit in the Air Force, according to the airmen assigned there.

The small cadre of about 30 ETACs, TACCs, pilots and support personnel work out of two small clusters of buildings buried in the heart of "Army Country," but their unassuming peacetime presence grows to a mission of gargantuan proportions should a war ever break out on the Korean peninsula.

"These guys have a unique and vital mission, and they handle it with a level of skill and professionalism that is just tremendous," said Maj. Wade Palmore, OL-A commander. "If war breaks out, our people become the eyes and ears of the close air support mission, greatly increasing the effectiveness of our airborne firepower arsenal. Their hard work and dedication gives me an incredible feeling of pride, and I know that without a doubt these folks are primed and ready to help their U.S. Army and Republic of Korea partners repel any threat to peace in the region."

In a wartime situation, each Camp Casey ETAC heads to the front with whichever Army unit they have been tasked to support. They take close air support requests from the tactical assembly center of their assigned Army unit and forward the requests up to the tactical operations center, said Staff Sgt. Todd McCabe, an ETAC assigned to the Camp Casey detachment. At the TOC, all close air support targets are prioritized, and planners call back and let the ETAC know what type of aircraft platform and ordnance is available, he said.

Utilizing their knowledge of munitions and their first-hand view of the battle, the ETAC requests the right combination of firepower to eliminate the ground target without causing casualties to nearby friendly ground forces, McCabe said. Once an aircraft is assigned to the target, the ETAC ensures the Army troops on the ground do not mistake the incoming aircraft as hostile and try to shoot it down.

"We ensure both the safety of (our) ground troops and the aircraft dropping bombs," said McCabe. "We make sure everyone knows where all the friendlies are. We want to keep fratricide to zero."

He added that ETACs are invaluable in this regard because they are right there in the heat of the battle. "The best way to control (close air support) is to have eyes on the target and eyes on the friendlies."

Once the enemy target has been positively identified, it is marked using smoke or other marking methods, McCabe said.

When all the conditions have been met for the incoming aircraft to deliver its ordnance, the ETAC gives the "cleared hot" signal to the pilot, and suddenly, it's a bad day for the enemy.

The pilot/ETAC partnership continues "even after the bombs have been dropped," said Staff Sgt. Rob Sauerbrey, a TACCS assigned to OL-A. "We ask them if they see any other possible targets."

Their aerial view of the battle allows mission planners who are away from the forward edge of battle area to get a real-time glimpse of the battle as it unfolds below, he added.

But as important as ETACs are to Air Force pilots, they are even more critical to the Army units who are engaging the enemy on the ground.

"(We) are absolutely essential to the their battle plans and the success of their mission," McCabe said. "Close air support is a combat force multiplier." (Courtesy of Pacific Air Forces News Service) 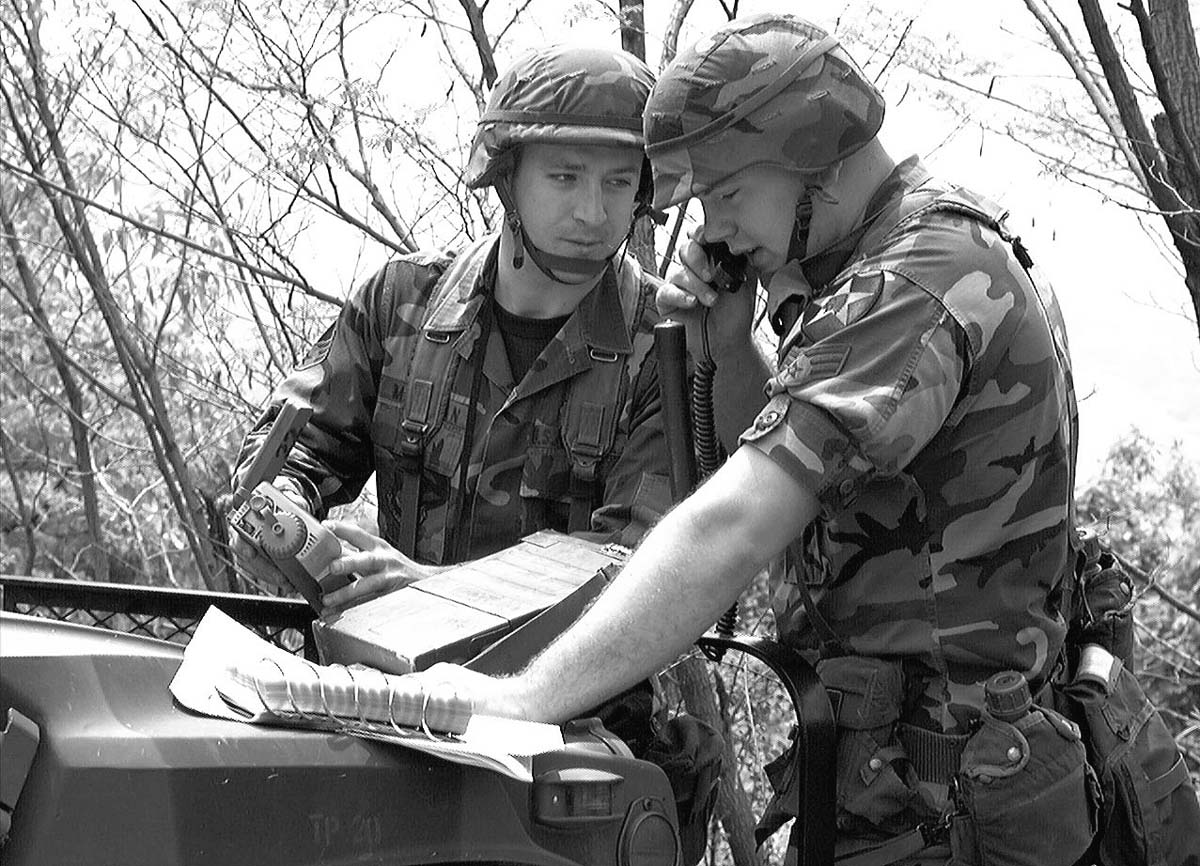