Brian was killed during a HALO parachuting accident on Wednesday, 4 September 1996 at the Yuma Arizona Military Free Fall school. Preliminary information: Eyewitness accounting... Brian was performing a day jump with a student. Stored in his right thigh pocket on his jumpsuit was a beacon held on with the white dummy cord. This cord was attached to a cotton eyelet just above the pocket. Brian and the student fell stable to 4000ft where the Student is required to pull. The instructors continue another 1000ft. Instructor cadre jump with a civilian rig that employs a drogue chute. Brian grabed the drogue and deployed it. Looking back to clear the pocket he immediately realized that it was tangled up in the beacon lanyard. Brian cut away his main and deployed his reserve, which also got tangled up. Brian was found still gripping the lanyard trying to break it free of his suit. Brian had a Terminal building dedicated to him on March 27th 1999

Photos from the memorial for Brian. 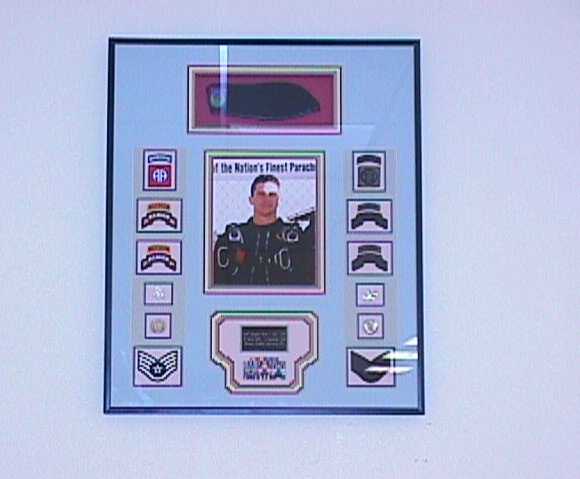 Shadow Box on the wall of the building 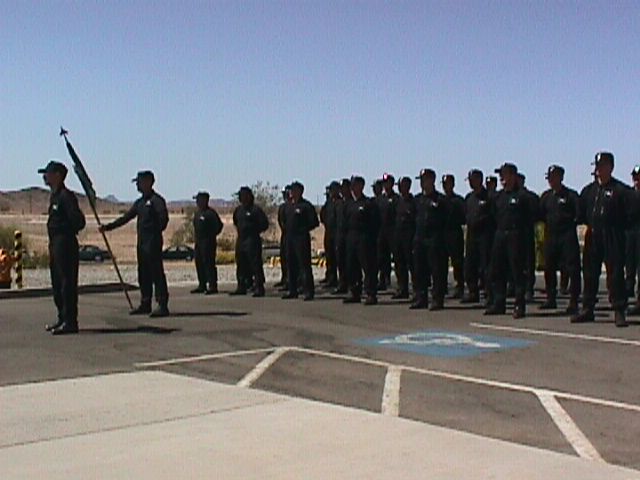 Instructor Cadre in formation for the event 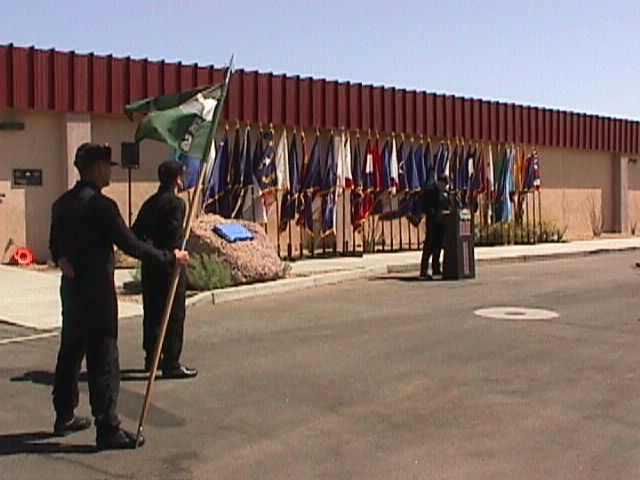 The front of the building. Plaque on the large rock is part of dedication 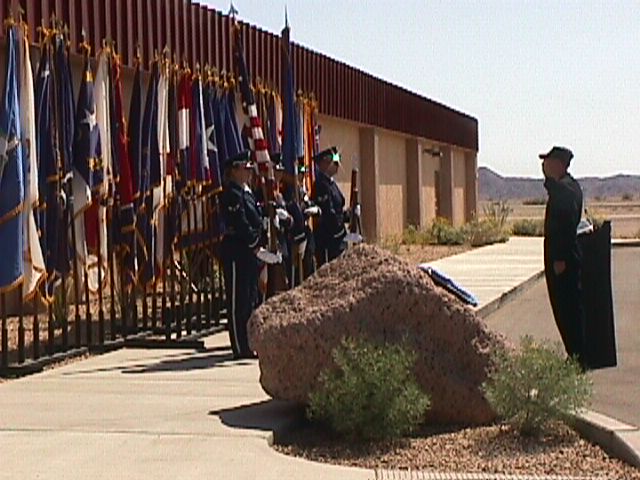 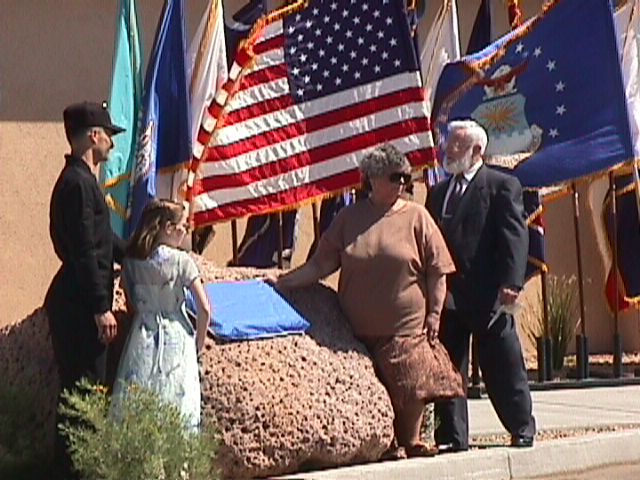 Brians daughter (lauren) on the left, parents (Pat and Barbara) on the right 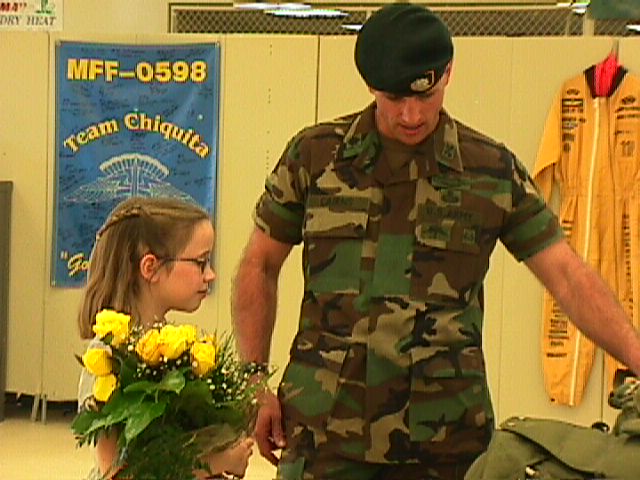 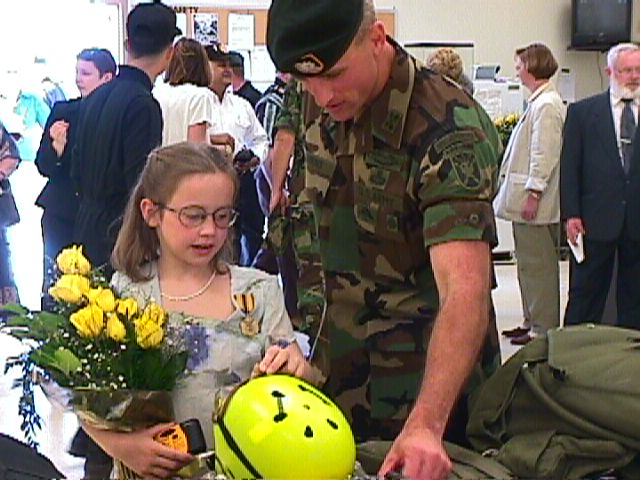 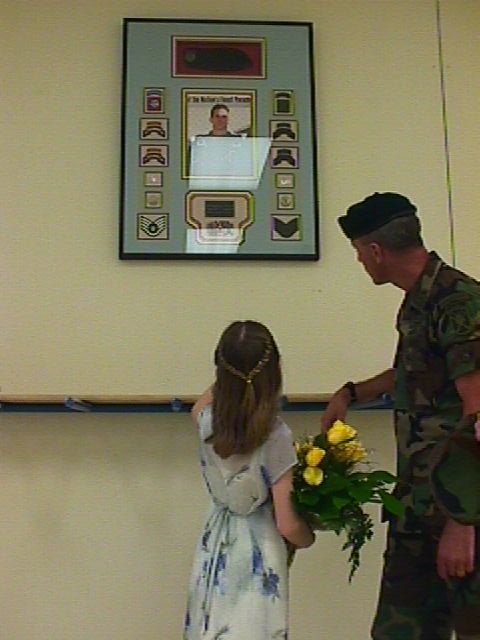