We lost william "bill" DeHart saturday due to complications with COVID. Stand by for funeral services data.

We lost Eugene to COV. Gene's memorial service will be held Friday, August 6, 2021 at 11:00. It will be held at TriCounty Funeral Home in Hardy, Arkansas . 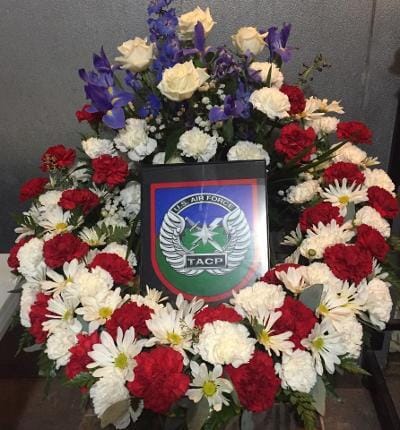 GoFundMe Raises 70K In good times and bad, We stand with our lost and fallen. In the vehicle accident Technical Sergeant Wesley “Wes” Kubie was killed and Staff Sergeant Jaden Johnson and Staff Sergeant Cole Frederick were seriously injured.

Wes Kubie passed away in a vehicle accident

Michael Jason Heath, 46, of Aledo, TX passed away April 27, 2021.
Michael was born January 27, 1975 in Lake Charles, LA to Don and Diann Heath. The family lived in Colorado, Wyoming, and California before returning home to Louisiana where Michael graduated from South Beauregard High School in 1993. Mike enlisted in the Air Force in 1994 and was stationed in Fort Polk, LA. He was part of the Tactical Air Control Party and was deployed to Kuwait in 1996. Mike then transitioned from the military to the oilfield and worked as a mud engineer for Schlumberger. He held various positions in the oilfield, including VP of Operations at several companies.
Mike married Jessica Heath in 2006, and was the father to Elizabeth, Michael II, Kaitlyn, Grace, and Ben Heath. He loved to entertain and grill. He loved music, dancing and spending time with family. He enjoyed being near the water, and one of his favorite places to visit was Cozumel.
He was survived by his wife Jessica; children Elizabeth, Michael II, Kaitlyn, Grace, and Ben Heath; grandsons Blake and Xander, parents Don and Diann Heath; siblings Lee Ann Heath and James Cody Heath and spouse Lauren.
He was preceded in death by grandparents Bennie Heath, Eugene and Bobbie Lee Burleigh.
A Celebration of Life will be held at Schafer's Bar and Grille in Clear Lake Shores, TX on Saturday May 15th from 11-3. Donations may be made in Michael's honor to the TACP Association at DONATE

William "Stoney" Stone passed away yesterday. As I get more details, will shoot to you.

Stoney was a "plank owner" for the career field after serving as a ground FAC in Nam. First time I met him was at the 23rd TASS at Bergstrom AFB when I first joined the Air Force. Went our separate ways for a while but was again stationed together at Fort Hood until he retired.

Updated information on the funeral
https://www.dignitymemorial.com/obituaries/copperas-cove-tx/william-stone-9994064

Reeder Franklin Dowdy Jr. was born November 27, 1945 in Memphis, Tennessee to Reeder Franklin Sr. and Annie Kathleen Dowdy. He died on January 4, 2021 in San Antonio, TX.
Reeder served in the Air Force for 26 years, attaining the rank of Senior Master Sergeant. After retiring from the Air Force he worked as a mail carrier for the US Postal Service for 20 years.
Reeder was a loving husband, father, and grandfather. He was caring and compassionate, always putting others before himself. He was an active participant in his church, MacArthur Park Church of Christ, for 27 years and served as an usher there.
A memorial service will be held Monday, January 25, at noon at MacArthur Park Church of Christ. Burial will follow at Fort Sam Houston.
Reeder was preceded in death by his parents and his brother Calvin Bieber. Reeder is survived by brother James Dowdy and sister Susan Jones, wife Rhonda Lynn Dowdy, their son D. Richard Dowdy (wife Jennifer), and daughter Rachel Bilyeu (husband Shawn). He is also survived by grandchildren George Reeder and Elizabeth Roxanne Dowdy and Jackson Xavier and Olivia Reagan Bilyeu.
In lieu of flowers, donations may be made in his honor to MacArthur Park Church of Christ or to the Wounded Warrior Project.
The funeral service and burial ceremony will be streamed at porterloring.com for those unable to attend in person.

This is one of the COLs from our community of old